I have a couple of “golden oldies” to share with you. Squish said them probably six months ago now (I don’t even know when … time is zooming and bending now that two kids are in full motion mode). They are just too good to keep hidden. Then I’ll close with a funny she said yesterday; I love how it shows the girls’ interactions lately! 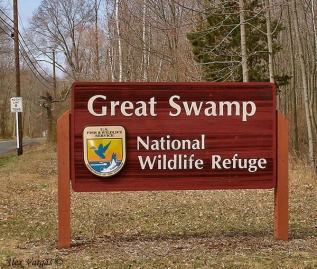 We’ll have to teach Squish that this exists … in New Jersey. Who knew?!

We were discussing an episode of Sofia the First (of course) which had a creature in a place called Swamp Rock Hill. Squish thought about that for a few seconds, then had this firm reply for me:

Is anybody else cracking up? Especially those who know NJ? That a fair portion of it is a swamp? You know – around Secaucus, the lowlands near the beaches, middle areas where it floods a lot, Trenton (HAHA)….

And one day, probably a day after we read The Three Little Pigs, she looked around at our house and said to my husband:

Squish: “I love our house, Daddy. When is it going to fall down?”

And from a car ride yesterday after Puff discovered she could dump out her Cheerios from what I thought was the Alcatraz of all snack holders:

Squish: “Why did Puff dump her Cheerios?”

Squish: “Puff, why did you dump your Cheerios?”

Squish: “She said she was making a picture! Hahaha, that’s so funny!”

Honestly, I’m not sure if Squish was right about that or not … did she really think that’s what her little sister said?!

8 thoughts on “Toddler Talk Tuesday: Where Do We Live?”