I’ve made a few mistakes as a parent so far – I mean, who hasn’t? – but I feel like a biggie lately has been being out of touch with what a parent does nowadays.

I’m not one to really spoil my kids, and I hate the whole “don’t touch my precious snowflake” mentality, so the whole rise of Pinterest Parents (it’s a thing, and dammit if I don’t have a Pinterest account) baffles me. I honestly can’t imagine why parents waste time making special treats for their kid’s soccer team practice … which lasts 45 minutes.

Or parents who have mastered the art of bento box lunches.

Or parents who buy fancy gifts for their kid’s preschool Valentine’s Day exchange.

I was 100% that parent who had her kid give simple paper heart valentines this past February to her eight classmates. I expected her to receive eight similar valentines in return … just like I did when I was her age (actually I was in elementary school when valentine exchanges started, but whatever).

Nope – she got two small bubble wands, a plastic beach shovel, and a small book included in her short stack of cards. What?! Gifts for a 3yo’s Valentine’s Day? Give me a break! 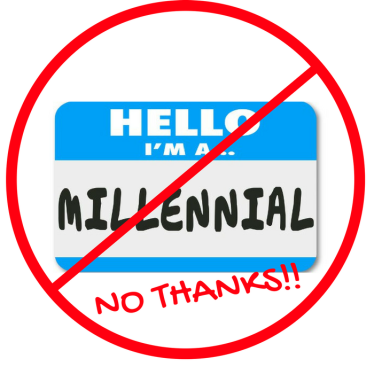 Apparently I am behind the times, or living in the past, or I don’t know what – but I’m raising my kids how I was raised (simply, it seems), not in this over the top “I’ve got to give my kid the greatest” world we’re in right now.

Frankly, being a millennial parent kind of sucks. It’s not for me. I don’t fit the mold.

Yesterday at Squish’s ballet class, the kids were allowed to wear their Halloween costumes, and per the instruction pages we were given last week, we could “feel free to bring in treats.” I interpreted this to mean “Feel free to bring in Halloween cupcakes or something for the kids.” My response: Hell no. It’s not snack time and these kids already get too many treats.

But apparently that meant “Bring in a trick-or-treat treat for the kids,” because that’s what half the parents did (the other half is thankfully sane, like me, or just forgetful). Someone even made homemade chocolate-dipped pretzel rods. (I’m secretly thankful for that, because Squish shared.) But why? Aren’t they going trick or treating next Tuesday? Do we really need more treats? Can’t we just let them do their activities as usual, with a costume because tis the season, and leave it at that?

It’s too much, fellow millennials, too much. Can we just go back to simple parenting and simple celebrations like we had when I was a tyke? Thanks, and let’s all grab a glass of water and crust of bread now.