Way in the northern rural-suburban stretches of New Jersey, settled in a cozy two-story yellow house, sprawled across the plush swaths of rug in the library room, lays a quaint and peaceful little town called Legoland. 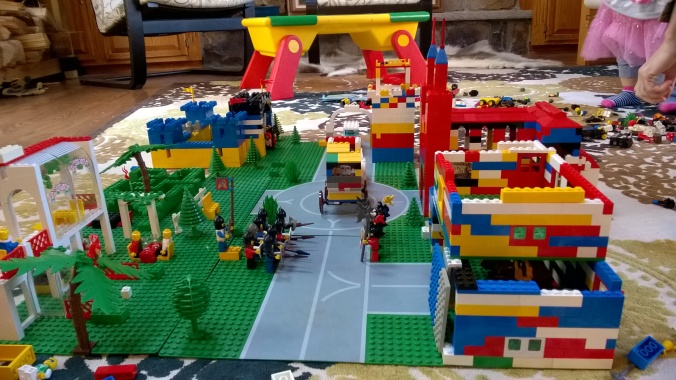 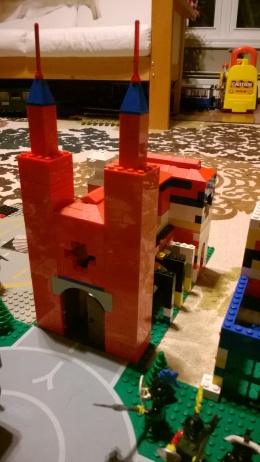 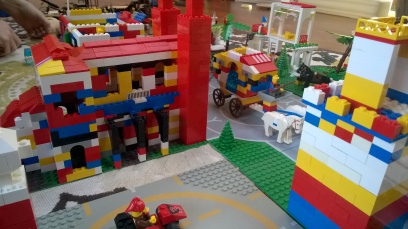 Or those tourists may want to nosh at the restaurant. Fancy a drink? A finely sauteed dish?

Perhaps take a stroll through the garden maze after a meal? Or a rest on the bench with your horse? (Because who doesn’t travel with a horse?)

Yes, your eyes don’t deceive you – that is a horse-drawn carriage. You can take a ride with your sweetheart in the front or back seat, just like Cinderella.

Or maybe they want to take in a movie at the theater? (Squish’s personal creation!) 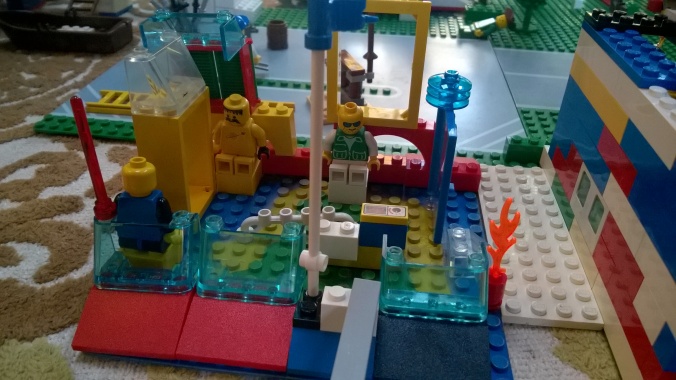 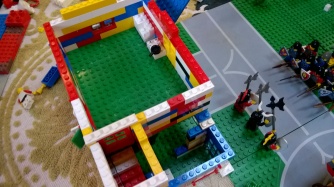 But a quaint, peaceful town, right?

More crossbowman ready and waiting … but for what? 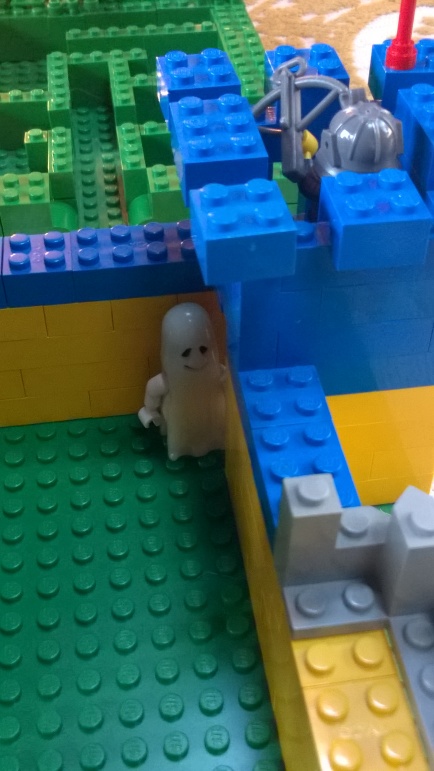 And what’s that?! A town battle! That doesn’t look mock … Check out the spears in that phalanx! And wowzers – those halberds! (Good thing Cinderella’s coach is driving away….) 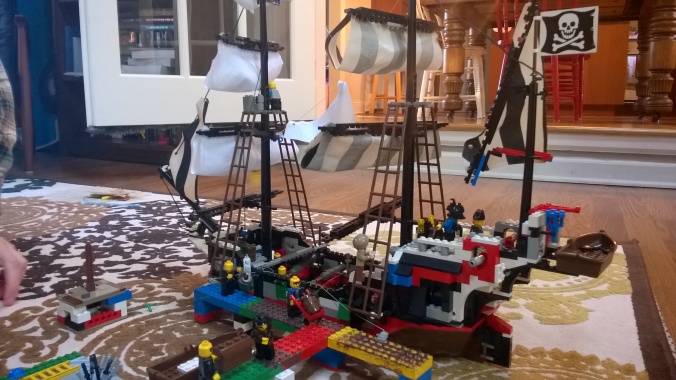 And a pirate ship at the docks?! Say it isn’t so! 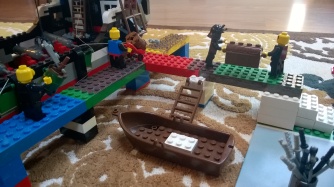 Are those pirates unloading booty to the town or stealing it away? And is that a barrel of rum?

And holy hell, who the heck is that crazy fool riding in on as ostrich?! A brigand? A thief? Hopefully he’s not going for the cathedral’s sacristy…..

Well, besides the apparent state of war and pirates, seems like it could be a stinky place after all ….

That poor sap is about the muck out the stalls, isn’t he?

But what does it matter, anyway? The true threat to the town isn’t an inch tall … it’s a 20-lb Puff monster! 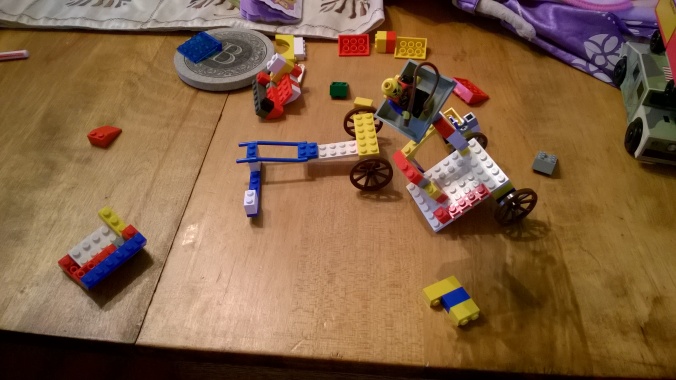 So long, Legoland, so long….